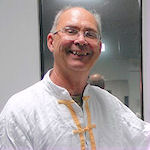 “I’ve been involved in education for over 30 years in the fields of special education and physical education. Guangzhi is the best at sensing and fulfilling the needs of his students every class… each student has the chance to work at their own level and improve.” 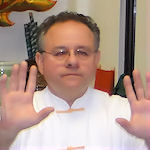 “Business has been very trying the last few weeks as we struggle to stay solvent in an evolving and even more competitive construction market. I believe the secret to surviving is to continue giving 110% effort, willingness to adapt to and work with changing opportunities, and above all, remaining positive. I can only say again that my Qi Gong and Tai Chi have been the bedrock of my strength.” 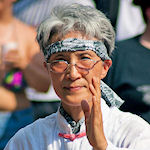 “I had bad knee problems and could hardly walk without limping. To help my knees, I’ve decided to look for a tai chi school with a chinese teacher. I found YYTA and Master Xing. I am happy to say that with continued qigong and tai chi, I no longer have knee problems. I also found something that I was not looking for and that is the spiritual part of tai chi and qigong. Because of the spiritual journey that I am now in, I can say that I am no longer afraid of anything. My state of mind is steady and I am very happy. I call it “One World, My World”.” 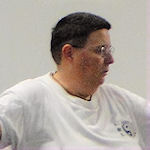 “Tai Chi and Qigong has made a deep impact on my emotional and physical well being. The discipline – mentally and physically – of the movements and breathing provide me with a focus that blocks everything else.

The internal and external balance that I achieve while engaging in tai chi and qigong has become a necessary and valuable component of my life.” 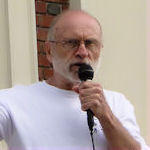 “I have explored, in my lifetime, several different forms of exercise and martial art regimens. I have also experienced a variety of meditation/relaxation traditions. QiGong and Tai Chi have remained my choice and will be for the rest of my life, for many reasons.

The gentleness of Tai Chi and Qi Gong are deceiving. Prior to taking classes with Master Guang I had aches and pains in my shoulders and knees. After a brief period of time, in Master Guang’s class, I began to notice the aches and pains almost completely disappeared. Even though there are times when I would rather stay home and be a couch potato, after I get myself to an hour’s class at the Yin Yang Tai Chi Academy with Guang, I always come home refreshed, happier and more energetic. Unlike my peers who are in their 60’s and 70’s I do not wake up with aches and pains and I know my whole body is appreciative of my effort.

Tai Chi and QiGong are also moving meditations. The scientific benefits of mindfulness meditation is well documented. I have experienced sitting meditations, yoga and a variety of other relaxation techniques. None have given me the benefits and have produced “quiet mind” states like Tai Chi. As a Clinical Psychologist and Psychotherapist for 45 years I feel confident in both techniques and recommend both, Tai Chi and QiGong, to many of my clients.

And, finally, Master Guang is one of the best Tai Chi teachers I have met. A warm and caring soul, his authentic expertise and sense of humor shines through at each session. I feel very fortunate to have met Guang, his wife Ming and their two sons. Thank you (seah-seah) Guang.” 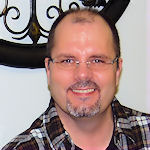 “I originally joined and started taking Tai Chi and especially Qigong so I could be more flexible and get in better shape. But I found that to be just a small benefit. Master Guang is a great teacher and very patient and his focus is very spiritual for me. I find myself much calmer and have more energy and focus.

I recently went to see my sister in Texas and she immediately noticed that I seem to be much more at ease with myself. So, I told her that I’ve been taking Tai Chi & Qigong classes. One of my sister’s favorite things to do is play the Nintendo Wii hunting game. Now mind you that she has been playing every day for a year for an hour or two. When I first played her she really beat me badly and of course I was very frustrated. So this time when I started playing her, I started breathing and being calm like I do in qigong class. Much to my surprise, I was soon winning very easily. My sister and her husband could not believe this so he played me and the same thing happened. I won easily against him. It could be just luck, but I attributed this directly to my classes at Yin Yang Tai Chi Academy. That was just a small example of course.

But I must tell you, I have not felt this good or calm in at least 20 years. I practice what I remember from class on a daily basis. I know people who have been around me for years that are finally able to finish a sentence before I interrupt them. People that I work with every day are starting to feel at ease with me since I am no longer so hyper all the time. That makes me happy!” 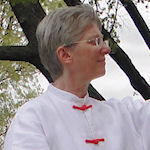 “I was attracted to tai chi by the well-known health benefits and the prospect of being able to age more gracefully. I certainly have begun to experience better health, improved coordination and heightened energy. And, now that I have been doing tai chi for about a year and a half, I realize I am just beginning to scratch the surface. I learn more and more each day, both through the excellent instruction offered by Master Xing, and what I am learning from each of my classmates. Everyone has something to offer from his or her own experience and that learning is freely shared.

I encourage anyone who is curious about tai chi to try out a class. You will be welcomed warmly and you will only be the new student for the first day. After that, you will be sharing your knowledge and experience with others.”

“I started tai chi a long time ago, but haven’t done it in a while. I signed up for the Qigong classes for the stretching part of it since I have arthritis in both hips. I had a right hip replacement a year ago and may do my left hip. Qigong has been a big help. It is very similar to yoga. I like the slow movement of walking qigong, the stretching, the balancing and also doing the stance. It helps me both physically and mentally. It helps engage my mind and allows good healing process. I haven’t quite connected with the qi yet, but I will hopefully get there.” 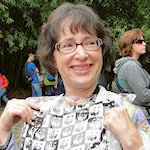 “When I began Qigong 1 1/2 years ago, I was recovering from serious back problems and had not exercised in several years. I also had no sense of balance, so you can imagine how impossible some of the qigong exercises, even the simplest, were. But, I stuck with it and after 3 months, something connected in my brain and I found myself balancing on one foot and my knee high in the air. A miracle! Tried the other side and still I was standing! What a joy to gain the ability to balance, something that never happened in my life. Plus added bonus, my lung capacity and overall strength also improved. Thank you, Guang!” 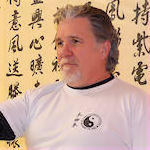 “I started at YYTA a year ago in October. I did however take the summer off since I am an avid golfer and spend most evenings on the course or in practice. The school was recommended to me by a colleague that has practiced with Guang in the past. I have not been to any other school for Tai Chi. I have been an athlete since I was a small boy. I took tumbling lessons at the age of 6. Football, basketball, baseball track and field even Rugby are sports I have participated in. These have given me an awareness of my body and how to control it during athletic activities. I have found this to be invaluable in my studies of this art.

At one point in my life I was a distance runner. This is back in the boom of the late 70’s and 80’s. The science of running was not as sophisticated back then. The thoughts were to run as much as you could. And I did. I did 10k a day six days a week for months as I trained for a goal – the 1984 New York Marathon. Through this I injured an Achilles tendon – a repetitive motion/stress injury. It ended my running career. Since that time up until this last year, I suffered with pain in my heel on a daily basis. It effected my balance and the alignment of my body.
As I began the regimens and forms of Tai Chi I found that the strength returned to my legs and the pain left my heel. I find better strength in my legs now and a better sense of balance. Most importantly the pain is gone.

I mentioned that I was an avid golfer. I have noticed the similarity of the internal mental struggles of both activities. In fact I have found that the concepts of the Dantian and the forms and motions of Tai Chi emanating from the core are exactly the movements and motions of a sound golf swing. I have improved my game by every measure and look to improve again as the weather changes in the spring. The strength in the legs, the balance I have developed, the movements based in my core, even the warm-ups of Tai Chi can be directly applied to golf. It came as a very pleasant surprise and is one of the major reasons I continue with YYTA.

I knew that I needed a workout to maintain health. I was becoming much more “stout” than I wanted to be due to inactivity. I needed to find a routine that was effective but did not take me days to recover from. I had tried biking and swimming and a number of other popular programs each of which left me with aches and pains for the following couple of days every time I worked out. With Tai Chi I find that I get a good solid workout but not such that I am hobbled for days. Rather I can certainly do it on my current regimen of every other day and could likely go a couple of days in a row with no negative consequences. This has been a blessing. As for Ying Yang specifically, the people are the key. Guang as a master is patient and knowledgeable. Everyone I have met has been welcoming and friendly. This is an activity I will continue through the rest of my life.

“Although I’m not physically present there to study with Master Xing and all the students, in spirit I’m right there. I just bought the 3 DVDs he’s recorded for sale at Turtle Press (Chen, Yang, Sun styles), and will be using them in my health regimen wherever I am. Greetings and Best Wishes”